Dealing with a Difficult Boss How many bosses do you think you’ll have before retirement? The younger Baby Boomers have almost twelve jobs between the ages of 18 and 50 on average. The job-hopping Millennials will probably have even more. And with twelve or more entries in the job history section of the CV, you will probably have more than a few bosses. But how many of them will be difficult?

No matter what number it might be, it’s too many. Ideally, people would go to their jobs every day without fretting the moment they encounter their boss. But that’s not how things work. Many of us have to deal with difficult bosses every day.

But if the difficult boss is standing between you and a better position in the company, it might be best to learn how to deal with them.

Figure Out Who Is the Problem

Meet Peter. Peter used to work in a job that had him produce deliverables every week. Peter was very proud of his work, and he believed he was the strongest part of his team. But Peter’s boss was always on his case, so Peter eventually had to quit.

If you would ask Peter’s boss, she’d say that Peter’s work was flawless. But he never turned it in on time, and after a few months, Peter’s tardiness started costing the company money. And because Peter didn’t react well to attempts to get him to speed up, he was fired.

There are a couple of possible takeaways from the story. So yes, perspective matters and different people can see the same thing differently. But here’s the real moral of the story: It might be you.

Your boss can be a perfectly decent person whose only fault is not having the patience to deal with whatever issues and baggage you bring into the office every day.

“So before you start thinking about how to deal with a boss that’s difficult, you really need to figure out whether you’re the difficult one.”

Don’t be blind to your own faults like Peter is. Don’t be like Peter. People who are unaware of their shortcomings are not fun to work with.

If It’s Not You, then Turn Your Attention to the Person Who Is

So you’re not the person that’s making your whole workplace miserable. Congratulations — it’s never good to be that person, even though the people who are that person usually either don’t know or don’t care. But that still leaves you with a difficult boss. You better learn how to deal with them, and to do that, you need to know what makes your boss tick.

Here’s the thing: people can be awful some of the time, most of the time, or always. So there’s no one who’s never awful. The best you get is being awful only occasionally when something really ticks you off. And the same goes for every single person on this planet.

Your boss might be having a bad day, week, month, or even a year. They might be a nice person that’s just been having a tough time, and they don’t know how to handle that.

That doesn’t give them the right to take it all out on you. But if you be understanding, you might be less of a target. And you might get some knowledge that will help you maneuver around the boss.

There are many things that affect one’s decision to leave the company. One of them and mostly the reason is having a difficult boss. If your boss is acting like they’re having a bad life, not just a year, you really need to figure out how to get away from them as soon as possible.

Move up, move laterally, or move to another company. But don’t hang around to be the boss’ punching bag.

Do Your Best Work

The fact that your boss isn’t the most charming, pleasant, or bearable person in the world doesn’t make it okay to phone in at work every day. It’s the contrary. If your boss is difficult to deal with, it becomes even more important that you do everything by the book and to the best of your ability. Why? Because of what happened to Wendy.

Wendy had a boss whom she saw smile only once when the boss’ boss got fired. The daily atmosphere in the office was toxic on good days and downright hostile on bad ones. It’s perfectly normal to start feeling anxious when going to such places. But after a while, Wendy started to resent the work, and her attention started to slip. And that was precisely the cue her boss was waiting to start giving Wendy a hard time in a new project. And after a month of being targeted, Wendy was able to find another job and leave the old one, even though she was one successful project away from getting a promotion.

If you don’t do your best work, you become a target for a difficult boss.

Worst of all, they kind of have the right to make your time at work bad if you’re going to work and not doing your job well. So don’t give them an excuse.

Keep an Eye Out for an Exit

Okay, so you thought that sticking through all the attitude from the boss was worth it because it would eventually get you to a better job. But what do you do if it turns out it wasn’t? What if that job is not there, or if you simply cannot stand seeing your boss’ mug for another torturous month? In that case, you have two options: you can sidestep your boss, or you can quit. The good news is that you’ll always be able to do at least one of these two. The bad news is that you shouldn’t do either brashly.

Developing a good professional relationship takes time. But so does looking for a new job, which is another thing you might do if you cannot stand your boss.

You really want to make sure you land well, so don’t jump ship until there’s a ship to jump to.

It would be best if your move would take you to a better-paid or otherwise more satisfying position. But if it doesn’t, don’t be too hard on yourself. If your boss was really that big of a problem, it’s important that you managed to escape. So regain your composure and prepare yourself to do everything all over again. Because that’s life. You need to deal with it.

(Image Source: Parcel Monitor) Southeast Asia (SEA)’s golden age in cross-border e-commerce has begun. Home to about 8.58% of the global population, SEA is one of the fastest-growing e-commerce markets in the world. Looking at

In a survey carried out by APQC in January 2022, as research in order to learn about organizations’ supply chain management priorities, performance, and trends.  In 2021 the top obstacle was too much change, which 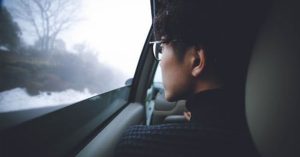 Leaving after a few months…

Ideally, when starting in a new company, you are expected to stay for at least a year before you switch to a different one. This is often the case, but there are also instances when