Most people know who is Michael Jordan… If you don’t know who is he let me introduce him.

Reading an article from Business Insider, they describe him as follow:

“The name Michael Jordan is synonymous with one of greatest players of NBA history, who competed in 15 seasons and led the Chicago Bulls to six championship wins. And with all eyes on ESPN’s documentary highlighting his illustrious career with the team, Jordan’s leadership skills are in the spotlight, nearly 17 years after his retirement.”

So now you know him, you probably say “wuao”, is a real Leader!!… so what we can learn from him? What a supply chain leader can apply from his leadership?

The answer is very simple

This is what a Leader has to do and specifically in the Supply Chain function. You need to pull the people, engage the teams, led by example, and reinforcing their commitments to do the best all the time. This is the difference that has to be done to really engage and have the right team to execute the strategy. If there are some “players” that they don’t like the way to play the game, you need to change the players…

He continues saying….. “Once you joined the team, you lived at a certain standard that I played the game at, and I wasn’t gonna take anything less. Now if that meant I had to go in there and get in your ass a little bit, then I did that. You ask all my teammates: The one thing about Michael Jordan was he never asked me to do something that he didn’t do.”….

So what is means? Leading by example, modeling, showing, and getting the commitment is the right way to have an outstanding team. And not only does the Supply Chain leader have to follow these rules, but all the leaders in the organization also have to be aligned in doing this to reach excellence in your business.

So… are you going to play like Michael Jordan? 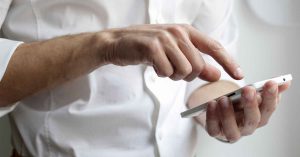 Real-Time Information in the Supply Chain

(Photo by NordWood Themes on Unsplash) Author: Xabier Basañez, Managing Director LATAM, Alcott Global The current need in every Company and Industry to have end-to-end visibility (E2E) across each touchpoint of the value chain is critical to 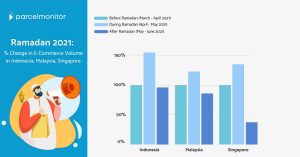 Parcel Monitor: How Much More Did Consumers Buy During Ramadan 2021?

(Image Source: Parcel Monitor) You might have heard of major shopping holidays like Black Friday, Cyber Monday, and Christmas during the holiday season, but did you know that Ramadan is one of the biggest shopping 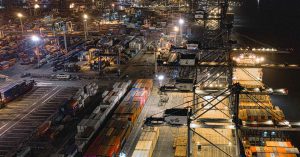 Do You Have The Skills To Run A Digital Supply Chain?