Tens and hundreds of people saying “Thank YOU!” Tens and hundreds of people say, “THANK YOU!” But when should you tell a person how much you appreciate the work they do or how much they helped and impacted your life. Should you wait years? Or should you wait until the day they decide to retire?

There is no greater achievement for a leader than to have an impact on the people around them- on the team, customers, stakeholders, and even on other executives within the organization. Often, they do not see how much impact they have brought to the company, because as a leader, the goal is to see the team grow, the company grow and lead them to success. Achieving it seems ordinary to them, because that’s what they want to happen, to achieve, but for a lot of people, it is much deeper than that.

When people approach them, to say thank you, to tell them how they’ve impacted their lives, or how much help they gave to the people around them, that’s when they’ll realize how relevant the things they’ve done are. But the sad reality is, most of the time, this only happens during the departure from the company, and truthfully some company cultures don’t practice giving compliments or praise to one another as much as the next company.

Once, Alcott Global’s Managing Director for Europe and Asia Pacific, Radu Palamariu had a conversation with a CEO of a multinational company just after he decided to step down from his position.

What surprised the CEO is that when he announced his departure from the company, tens and hundreds of people messaged him to say “Thank YOU!” Tens of people cried when they heard the news and one colleague he had not spoken to in 15 years called him to tell him how much he had impacted his career and life.

The CEO was utterly surprised and when asked why, he answered, “I was only doing my job! And in our company, people are not encouraged to give praise much. So I NEVER knew what impact I had!”

This happens a lot to many executives when they are leaving the company or when they are retiring. That is when people show how grateful they are to them. While that has become a custom, one should not wait until somebody leaves to tell them how much they helped. May it be the CEO, an important mentor, a colleague, etc. It should be done all along. Express to them how much they have impacted your life and who knows there may be more lessons and advice they can offer. 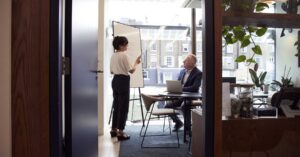 Why Pursue a Career in the Supply Chain Industry, Anyways?

Photo by The Coach Space For the past two years, the supply chain ecosystem at large has seen lots of disruptions: pandemics, natural disasters, resource shortages, global trade conflicts, and other unpredictable events. There will 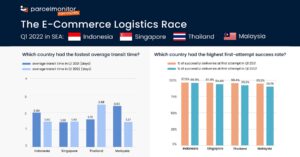 (Image Source: Parcel Monitor) The e-commerce scene has ballooned in Southeast Asia (SEA) over the years, seeing immense growth in the markets across the region. Spearheaded by the massive rise in the digital payments sector

Image by senivpetro on Freepik Any company that manufactures or sells products depends on a well-functioning supply chain. The supply chain connects manufacturers and retailers at every step of the distribution process, from raw materials